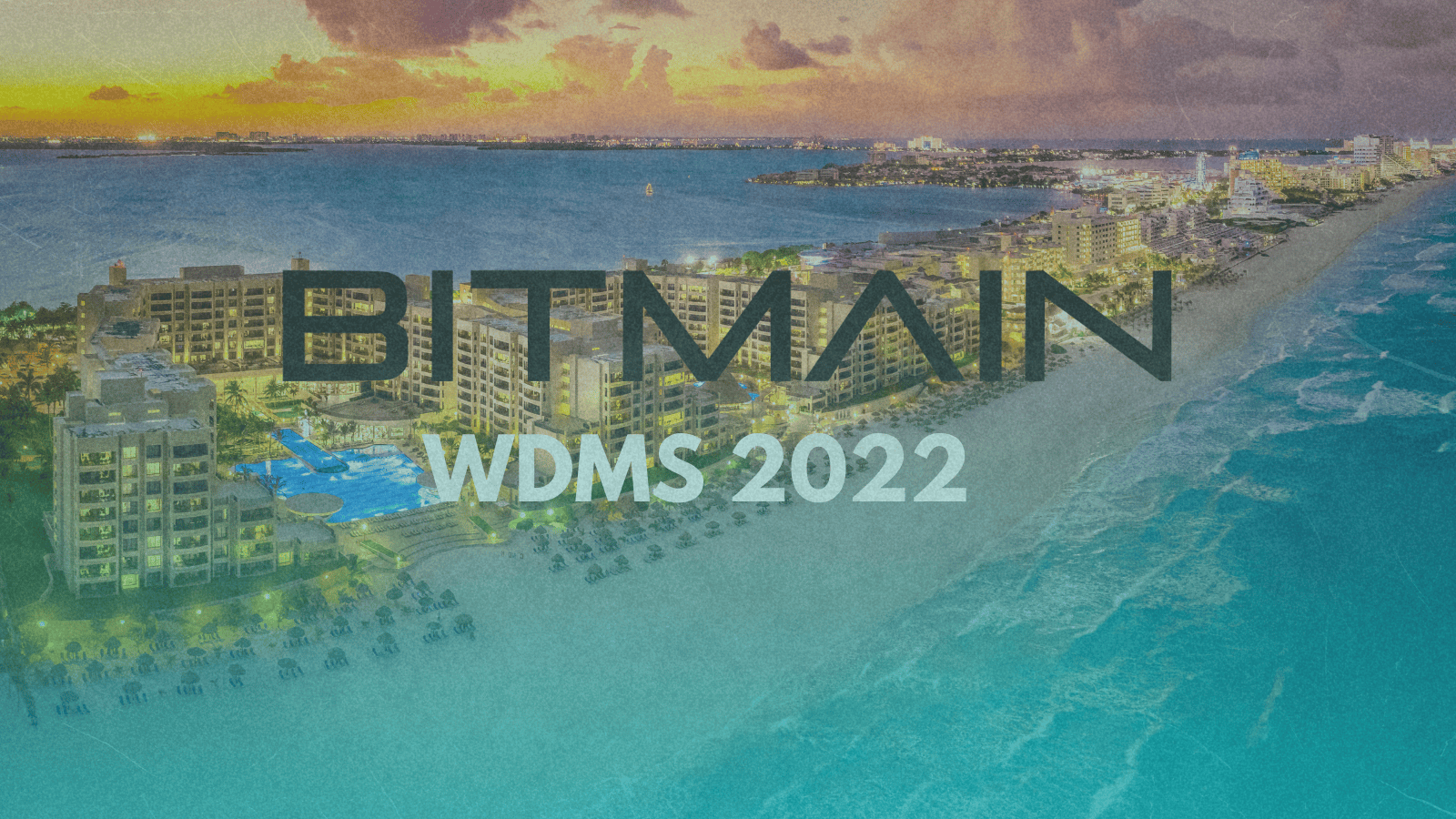 The major leaders of the constantly evolving world of Bitcoin mining gathered in Cancun, Mexico for Bitmain’s annual World Digital Mining Summit (WDMS). Enterprises with various mining activities distributed worldwide discussed pressing topics for the industry including mining in Latin America, opportunities emerging amid the current market conditions, and the development of renewable mining operations. However, chief among the topics discussed was the emergence and potential of hydro-mining infrastructure which will be covered heavily in this event overview.

The discussions which took place among industry leaders at the event will help us better serve the perpetually shifting needs of mining customers and position ourselves as one of the most competitively priced hardware procurement companies in the marketplace. In our latest release for the ASIC Magazine, we review the key developments that took place at the WDMS 2022 and highlight the vast potential of hydro-mining innovations.

Chief among the matters discussed at the conference was the bottleneck surrounding infrastructure development and deployment for operations with hydro-miners. Bitmain announced a hardware collateral program for large customers that would accelerate the deployment of hydro-mining targeted infrastructure. The majority of the mining market is scrambling after limited facility space and competitive electricity agreements which are only exacerbating in the declining market conditions. This is even more so the case when it comes to hydro-focused infrastructure which is vastly more scarce. This new program will open up much greater amounts of competitive storage space for hydro miners which offer a hashrate much higher than their non-hydro counterparts.

Alex Bodromian, a Senior Account Executive at ASIC Jungle, noted how Bitmain aims to alleviate the infrastructure constraint with a revenue-sharing program that would give large customers immediate access to competitive hydro-tailored infrastructure. Alex explained that hydro-miner purchase orders with Bitmain of over $500,000 USD would include water-coolant containers to be installed at the Merkle Standard facility. Hosting rates at the Merkle Standard would be $0.04 per kWh, extremely competitive in contemporary market conditions. Purchasers who wish to tap into this agreement would enter a profit share agreement with Bitmain until the containers are fully paid off.

The revenue-sharing infrastructure program is only one of several such models proposed by the Bitmain team. President of BITMAIN's Mining Division Shengqiang Xiao took the stage to present several service and partnership models which would be offered up to close clients and partners of Bitmain. These will help the overall mining ecosystem by allowing Bitmain customers to offer more competitive and holistic solutions to their client base.

Alex further noted how the conference was a chance for leading enterprises in the mining industry to connect and synergize partnerships while addressing critical bottlenecks such as the above-mentioned infrastructure constraint. The discussions and connections formed at WDMS 2022 will allow ASIC Jungle to better serve their growing customer base. The Bitmain hydro-miner revenue sharing container program will likely be available for ASIC Jungle customers to get directly involved with. With latest-generation hydro ASICs offering over double the hashrate of Antminer S19J Pro’s, coupled with the $0.04 electricity rate at the Merkle Standard facility, programs such as these will allow miners to position themselves on the frontier of competitiveness in the mining industry.

Entering the era of hydro mining

The vast potential of the new series of Bitmain hydrominers was a recurring theme at the event. Several senior Bitmain executives emphasized the performance credentials of the new miners and hinted at their ability to reshape the mining industry and usher in a new era of competitive ASIC mining. Those that are early to secure large batches of these machines at competitive purchase prices are likely to position themselves among the most competitive miners for years to come. Chief Financial Officer Max Hua noted how these machines will help miners sustain current market conditions and immensely profit if bull market conditions surface. Shengqiang Xiao stressed that hydraulic cooling is the future of the mining industry and detailed that Bitmain intends to provide the highest-performing hydro products in the world at the most competitive prices.

Bitmain is also open to collaborative efforts to help further proliferate hydro-cooling technology throughout the mining ecosystem. Bitmain Head of Sales Irene Gao introduced a hydro-cooling shipping program whereby Bitmain jointly builds hydro-cooling data centers with a partner. Bitmain will partner with entities who can provide water and power resources for the data center while also managing construction and ongoing operations. Bitmain will provide hydro-cooling containers and data center construction solutions in such partnerships. It is clear that Bitmain will be the key leader in hydro-cooling infrastructure in what they see as a new era in the Bitcoin mining industry. ASIC Jungle will stay afront of the rapidly changing developments in hydro mining technology and utilize its network to ensure that clients can get easy access to hydro mining infrastructure at competitive industry prices.

Other topical matters discussed included transitioning towards carbon neutrality in the mining industry and the potential of mining in various countries was also explored. Bitmain’s Head of Marketing Xmei Lin highlighted how Bitcoin proof-of-work mining currently accounts for less than 0.2% of global energy consumption. Antpool CEO Leon Lyu also unveiled how they are working towards developing renewable infrastructure within the mining industry. Professor Haiian Lu from the Hong Kong Polytechnic University also took to the stage to share his latest research on Bitcoin and carbon neutrality.

In terms of countries explored, Hong Kong, the US, Japan, Norway, Dubai, South Korea, and the United Kingdom were all noted for their evolving official stance on cryptocurrency and Web3 which directly plays into the mining operations located in these countries. Latin America was noted as a region with high potential for establishing extremely competitive mining operations and Argentina, El Salvador and Paraguay were particularly noted. El Salvador’s President for Small and Micro Enterprises Paul Steiner shared his ideas on the ongoing development of Bitcoin and Bitcoin mining within the country which has received worldwide media for its positive stance on Bitcoin.

Committed to staying affront of a rapidly evolving mining industry

Now more than ever it is critical to form partnerships with key players and infrastructure providers in the space. On the one hand, market conditions are harsh, directly impacting miner profitability and performance. On the other hand, innovation in mining-related technology is advancing rapidly. Those that can gain access to new mining technologies in a trusted and cost effective way will not only be able to survive the contemporary market conditions but they will be able to thrive when conditions improve. ASIC Jungle will continue to connect with key industry leaders to ensure that our customer base has access to the latest innovations in Bitcoin mining hardware and infrastructure. The WMDS is only the first in a series of conferences that we will attend and connect with key industry leaders. We will soon be attending the Dubai AIM Summit where we will also connect with leaders outside of the mining industry. We will release another update with key takeaways from this event in the days following its conclusion.