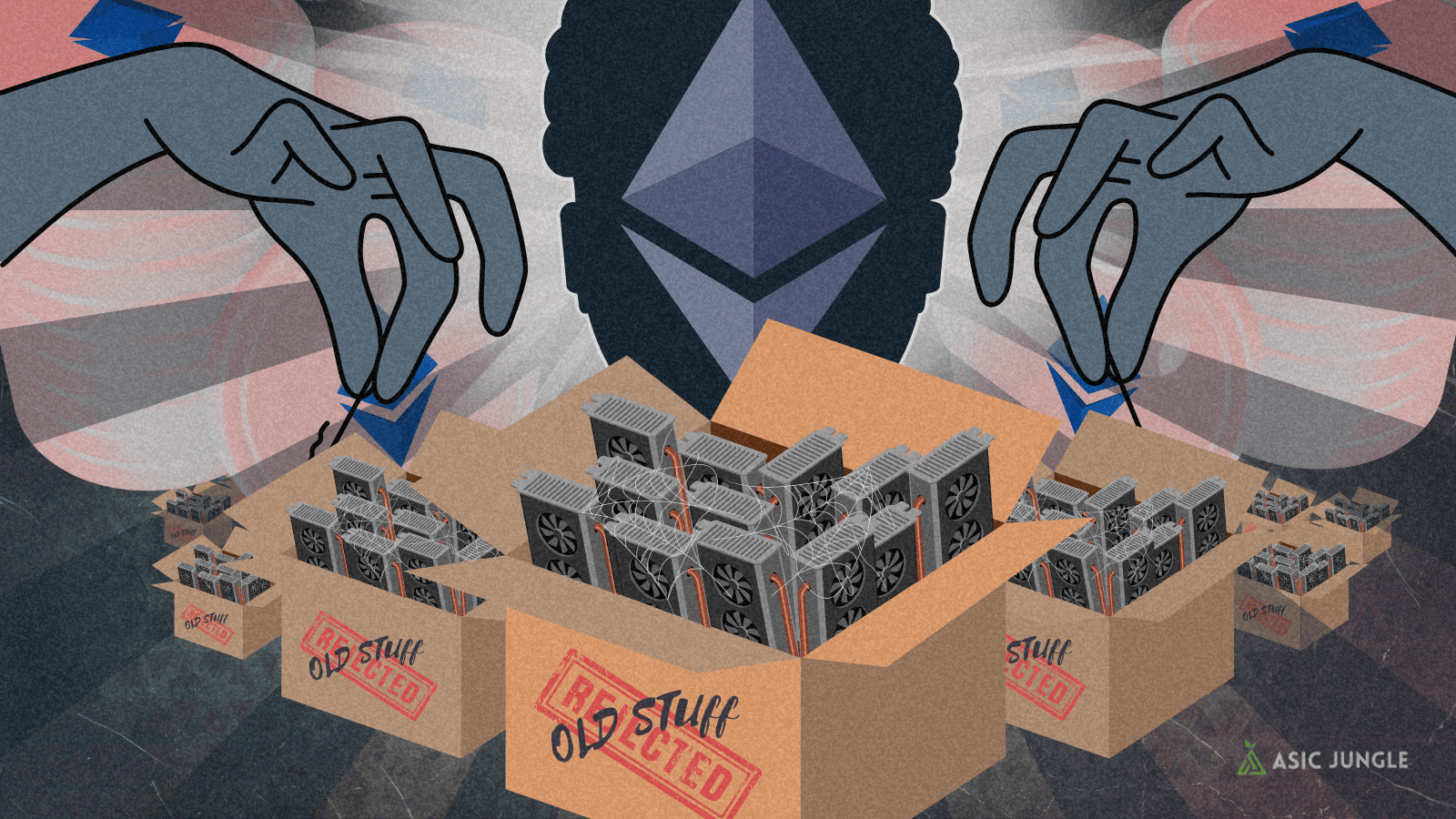 Upon recent events, the Ethereum Merge has left lasting repercussions on GPU miners in the Ethereum mining industry. When considering cryptocurrency mining, Ethereum was a popular avenue to explore, rivaling Bitcoin for years.

However, this scenario has changed since the Merge, in which the second most popular blockchain, next to Bitcoin, transferred from a Proof-of-Work (PoW) to a Proof-of-Stake (PoS) consensus mechanism. This has deprived many miners of their income on the main Ethereum network.

Considering this radical switch, many Ethereum GPU miners have had to consider new avenues for revenue generation, such as looking for the next best mineable crypto. The Merge’s implications on both ETH mining and BTC mining are two important concepts to explore for each established and/or soon-to-be miner. 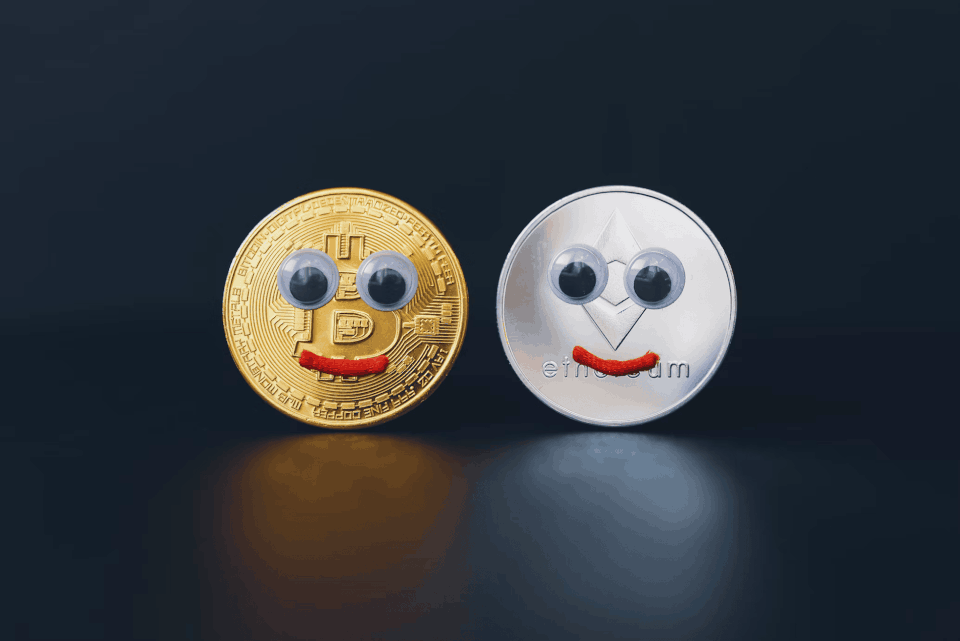 What is the Merge and why is it important?

The Merge is the event of Ethereum’s PoS “Beacon Chain” merging with its main network to sunset the pre-existing PoW consensus mechanism. The Merge implies a new reward mechanism for its validators, therefore thousands of ETH miners are now stripped of their main source of revenue. This leaves ETH miners with a need to focus the utility of their equipment on generating revenue outside the Ethereum network, and even crypto altogether.

An intuitive solution to this problem would be to transfer ETH GPU miners onto the Bitcoin network, but the problem is not that simple. In fact, ETH GPU miners and ASIC miners used to mine Bitcoin are simply not interchangeable. Both machines are optimized to solve different algorithms (ethhash for Ethereum, SHA-256 for Bitcoin).

This goes without mentioning that Bitcoin’s network difficulty would make it impossible for GPU miners to earn any worthwhile rewards as they would need to compete with ASIC miners, which are computationally more powerful. In a previous article, we covered the history and evolution of Bitcoin miners for those interested in understanding why ASIC mining rigs are necessary for Bitcoin miners to be profitable.

Because of the incompatibility of hardware and network requirements, ETH GPU miners therefore are exploring alternatives not including the Bitcoin blockchain.. 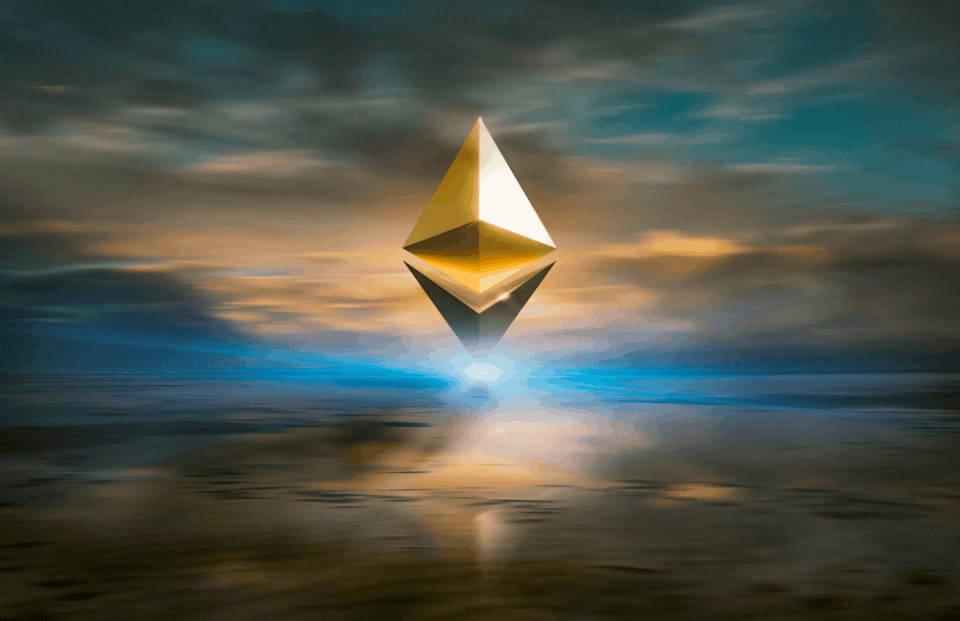 What happened to ETC and ETHW?

ETC (Ethereum Classic) and ETHW (Ethereum Proof-of-Work) are two coins resulting from chains that have forked from the Ethereum blockchain well before the merge. Individuals can technically still access the previous software versions of Ethereum on which the Proof-of-Work reward mechanisms are still in place.

Many individuals speculated over the possibility of keeping most ETH miners on the now separate PoW chain to mine rewards and earn ETHW and ETC coins. Both are available for purchase, sale, and trade on select cryptocurrency exchanges. In this scenario, miners could keep using their equipment in order to mine coins and earn rewards without leaving the Ethereum PoW ecosystem.

Recent Performance of ETC and ETHW

Now that the Merge has been successful and on-going for over 2 weeks, what has happened to ETC and ETHW? Well, ETHW has gone from a value of almost $50USD at the time of the Merge to a bit under USD $10, as of writing, as you can see from the Coinmarketcap graph below. 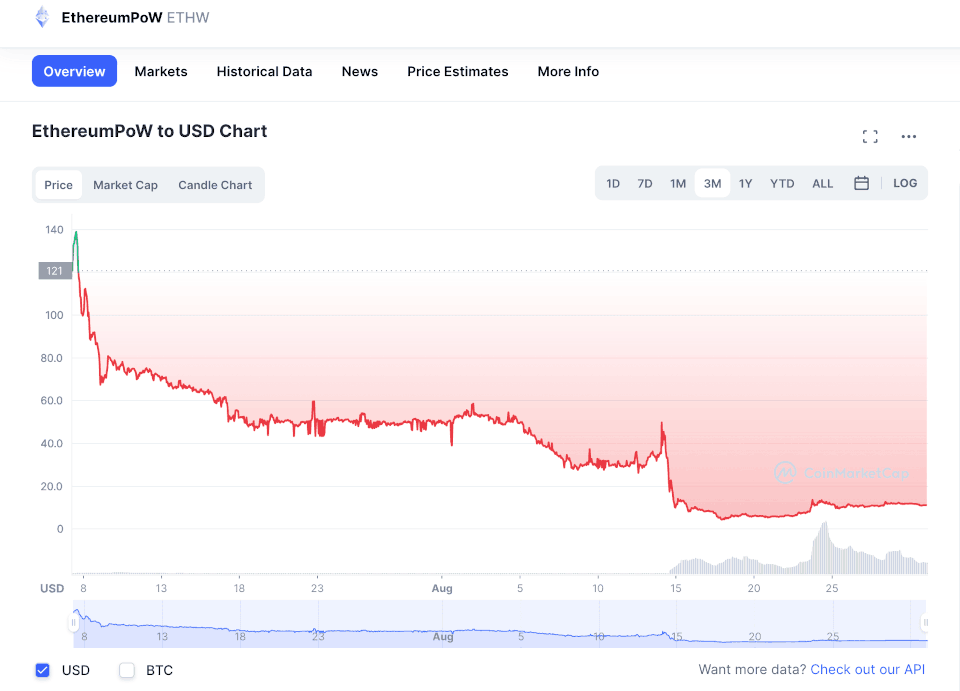 As for ETC, it was hovering just under USD $40 before the Merge, and trades at about $28USD, as of writing. Both chains are recording lower activity levels than the main Ethereum network, making mining Ethereum’s PoW iterations less lucrative than before.

The current state of ETH miners and their GPUs

Currently, the market for ETH GPU mining hardware has lost a significant amount of value. GPU manufacturers are recording heavy losses while GPUs themselves are lowering in value, becoming more accessible in contrast to the price peaks of the COVID pandemic.

Additionally, the ETH mining community’s overall mood seems to be rather gloomy as there are no clear next steps to follow. Some miners have sold their gear entirely, some are waiting on the sidelines and keeping their mining equipment at bay while others are mining other altcoins with radically lower profits, constantly longing for the most profitable cryptocurrency to mine.

Chandler Guo, on an interview with CoinDesk’s “First Mover”, mentioned that effectively 90% of miners are bankrupt. Some miners have been said to be putting their ETH GPU miners to use in artificial intelligence and machine learning, but the returns generated from those activities are, again, not evidently lucrative.

Mining farms and companies, on the other hand, have been taking a jab at other mineable coins. HIVE Blockchain Technologies Ltd. (HIVE) is reallocating its 6.5 Terahash of Ethereum mining hardware towards the current best altcoin alternatives while HUT8 Mining Corp. (HUT) is said to be considering a foray into Artificial intelligence, machine learning, and visual effects rendering.

While ETH mining seems to be out of the question, ETH Mining GPUs have many potential applications, and can therefore be repurposed as we have seen with the likes of HUT8 and HIVE. ETH miners may find a way to put their equipment to good use, but not on the Ethereum network. 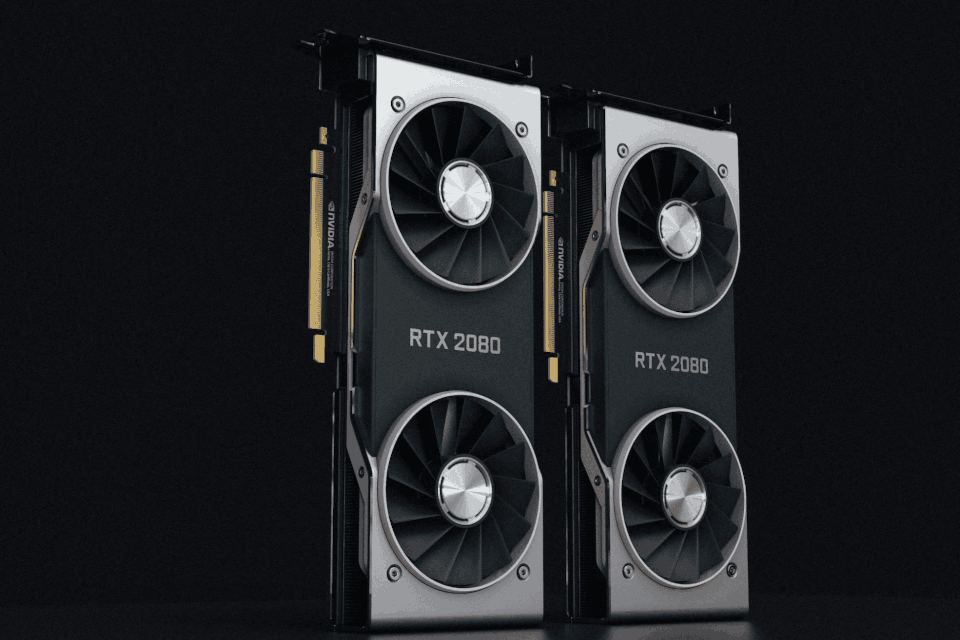 Why Bitcoin is king

The Merge, while engendering negative outcomes for the ETH mining community, has had little effect on Bitcoin mining. BTC trusts and BTC mining have demonstrated insignificant price action, indicating a resilient market in light of the Merge.

Additionally, the Merge has other implications for Ethereum that not only concern mining. For instance, from a regulatory perspective, the SEC has expressed concerns over staking, raising questions about the classification of the asset. Simple regulatory changes can therefore have quick and lasting impacts on the value of the Ether coin.

In contrast, Bitcoin, as an asset, is already registered as a commodity. This fact is easily underestimated, but is significant for the long-term stability and clarity of the Bitcoin ecosystem. For new market entrants, this kind of regulatory environment indicates a green light for business.

Another risk for Ethereum’s PoS system is centralization. In fact, as much as 40% of the network’s stake is owned by Lido and Coinbase, which raises concerns over the value of decentralization originally touted as being inherent to Ethereum.

While Ethereum is a great platform for smart contracts, the Bitcoin blockchain is proving itself to be more immutable as a PoW blockchain network shielded from the centralization issues faced by PoS blockchains like Ethereum. 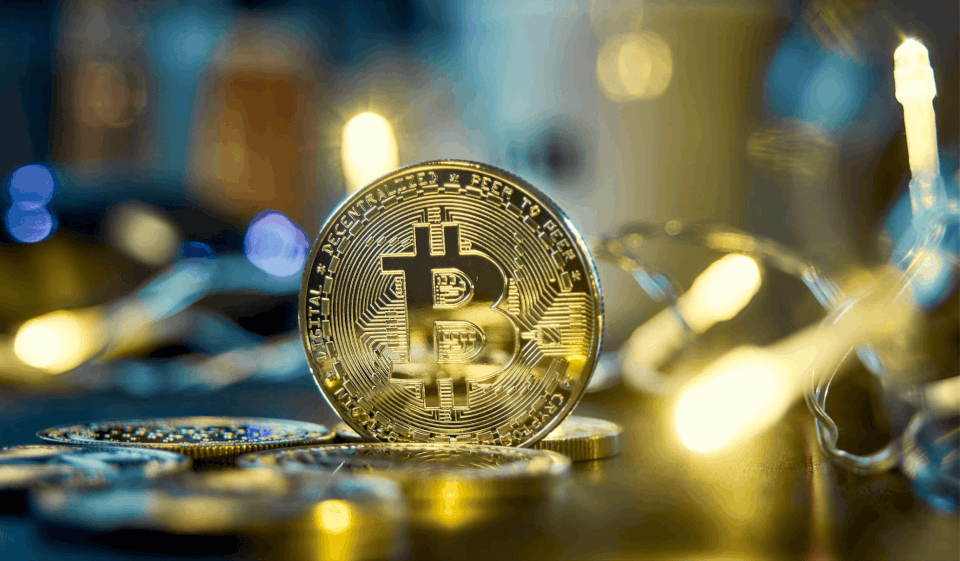 Ongoing impacts of the Merge on miners

The Merge permanently affected the ETH GPU Mining industry by switching from PoW to PoS, leaving many ETH miners behind. In an attempt to find lucrative uses for their mining hardware, many ETH miners are testing different ventures such as looking for the next most profitable mining cryptocurrency, or even put their devices to use in the AI and Machine learning world.

However, none of these endeavors truly compare to the profitability of Ethereum’s pre-Merge mining rewards. Moving onto the PoS mechanism, Ethereum has also accumulated an increased risk of centralization and a vulnerability to regulations.

Bitcoin’s mining community, on the other hand, has stayed as strong as ever. Its ecosystem has supported Bitcoin’s market dominance to-date and there are no signs of it being stopped anytime soon. Additionally, in order to get started in the space, a simple ASIC miner is sufficient.

Follow the Bitcoin revolution with ASIC Jungle today and order your miners now.