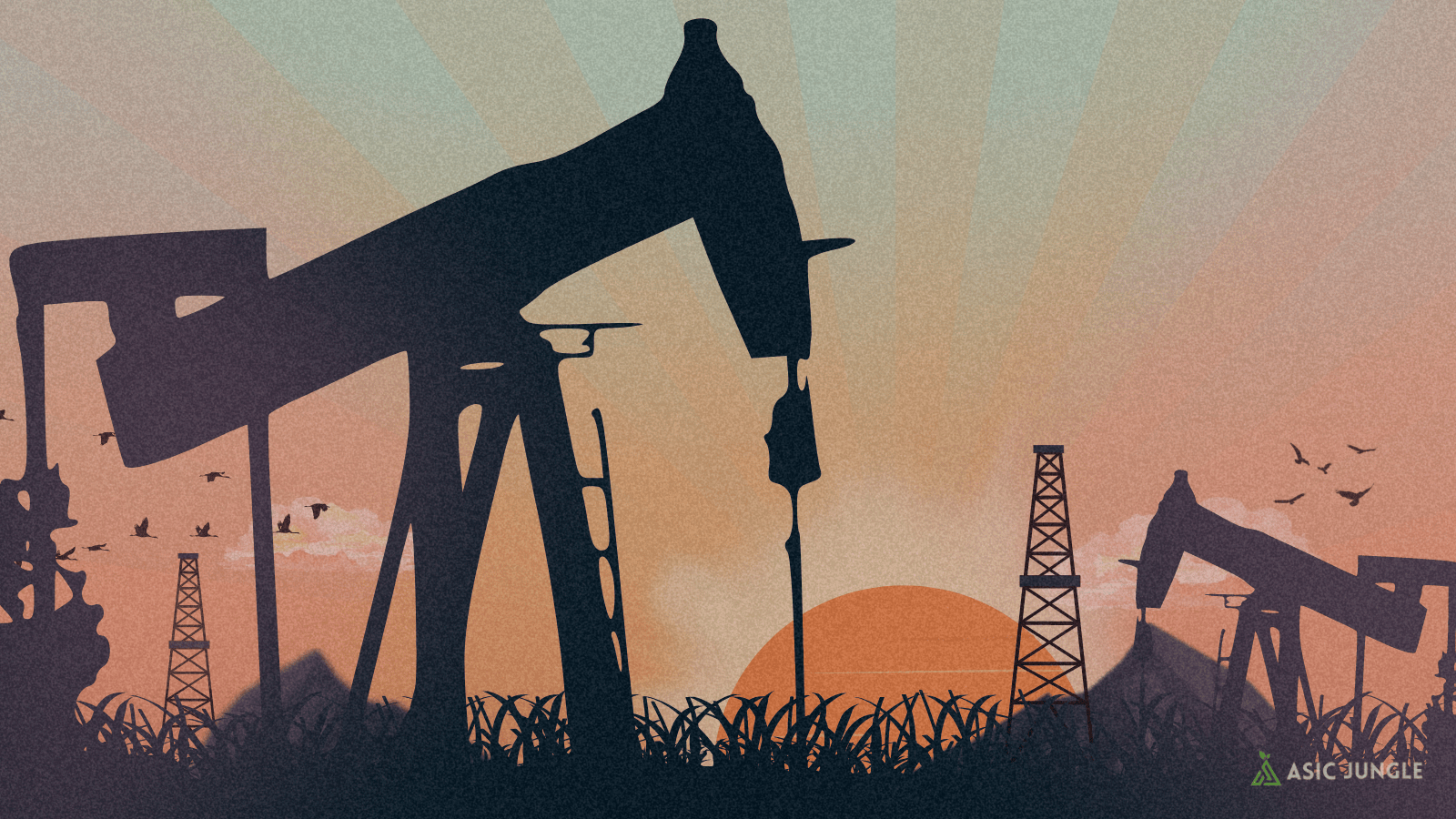 Roughly 11 GW of power distributed worldwide is fueling Bitcoin mining operations. Historically, the majority of this power has been underpinned by either hydroelectric power or fossil fuel sources including a large share of coal-powered operations previously residing in the Northwestern Xinjiang province of China.

However, a transition has been taking place. A growing share of hashrate has been transitioning to renewable-powered sources. Nonetheless, fossil fuels are poised to play an important role in fostering successful dynamics for the integration of renewable power sources. Oil and gas infrastructure is particularly well suited to providing a stable and cost-effective power source which will help with the proliferation of renewables in the global Bitcoin mining industry.

In this ASIC Jungle analysis, we review the emergence of an important hybrid model of powering Bitcoin mining which will set the industry up to not only have a larger share of power coming from renewable sources but also to play a valuable integrative role to grid infrastructures worldwide. We will dive into the upsides that this new hybrid model presents and we will also consider some major players in the space who are adopting such a model.

When ASIC hardware specifically designed for Bitcoin mining emerged in 2013, it would mark an irreversible change in network dynamics. It would be the start of an evolution that would change Bitcoin from a small project operating on an inconsequential amount of energy to a globally critiqued mining industry which would consume energy levels that rival small countries.

Bitcoin mining would transition from an activity that was operated mainly on CPUs by a small group of tech advocates to one which was heavily industrialized and undertaken by institutions seeking the highest efficiency possible. Hardware would be bought in batches and the world would be scoured for the lowest electricity rates.

This initially brought many miners to regions in China where extremely low-cost electricity rates could be secured nearby hydroelectric and coal plants. However, since the mining ban in China, a growing share of hashrate would transition to other countries, predominantly North America, and a new contender would rise to be the leading source of power for Bitcoin miners.

In recent years,a growing share of hashrate has been transitioning to sustainable power sources. A Q1 2022 report by the Bitcoin Mining Council estimated that 58.4% of energy mix powering Bitcoin mining is from renewable sources, up from 36.8% a year prior. 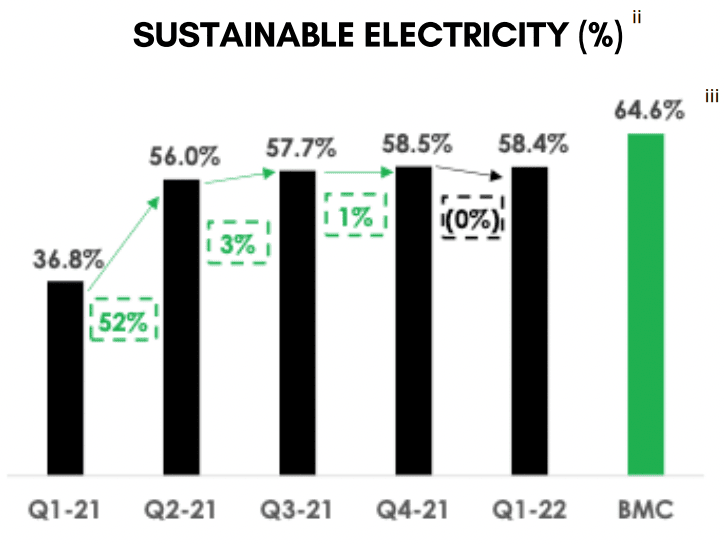 But transitioning to renewables presents challenges with intermittency issues posing a threat to profitability and longevity. A hybrid solution has emerged to address the risks associated with solely mining from renewable sources.

Oil and gas, a global staple of the energy industry, is proving to be the perfect partner to Bitcoin miners searching out more sustainable forms of power. Such a hybrid model allows miners to reduce the carbon associated with their operations while also ensuring 100% uptime. The ability for miners to turn off their operations in response to grid operator requests is also allowing a larger share of grid energy mix to be derived from renewable sources of energy.

We are observing a series of mining companies raise funds and buildout operations underpinned by these hybrid models. On top of this, we are increasingly observing such hybrid models providing an important integration to grid systems.

Texas has evolved from an energy-rich region largely devoid of Bitcoin mining to one which likely houses the majority of the current hashrate. Both on-grid and off-grid miners in the Texas region are increasingly turning to a hybrid of renewables and natural gas as a backbone of highly efficient mining.

Those with connections to the Texas grid operator have been praised for their role in strengthening the grid ecosystem. The CEO of ERCOT Brad Jones has repeatedly cited the benefits mining offers for grid flexibility, stability, and security. On top of this, ERCOT reported a record 34% of their power output coming from solar and wind this year with Bitcoin miners playing a role in driving such a change.

Grid operators around the world are slowly coming to the realization that Bitcoin mining can play a key role in balancing renewable grid systems. Bitcoin mining allows hundreds of megawatts of energy consumption to be shut off in seconds.

The International Energy Agency (IEA) has stated that in order to meet global 2050 net zero goals, grid systems globally will need approximately 500GW of demand side assets. Bitcoin mining is perfectly suited to providing a responsive demand-side load which can be quickly shut off if grid operators request. We are increasingly seeing this become the case in grid systems where mining is prevalent such as ERCOT.

Riot Blockchain, based in Rockdale, Texas, is a prime example of the relief mining operations can offer the grid. This year, Riot shut off a mining facility during a cold snap in February to allow their energy allocation to be used elsewhere.

Lancium, a Texas based Bitcoin miner has provided further research on the benefits of flexible demand assets like Bitcoin mining and states that these assets lead to a net decarbonisation of grid systems. The ideology stems from the optionality that mining can bring when renewables are under-producing.

High carbon generators like gas turbines and coal plants would no longer have to switch on as mining can simply cut demand to bring the grid back into equilibrium. In instances like the graph below, flexible demand would be cut off instead of relying on a large increase in natural gas generation.

Institutional investors are getting behind the merits of the hybrid model. They are providing capital to entities in the space whose business model extends beyond simply mining.

Bitcoin mining has evolved from a game of raising capital to get hardware to one which focuses on energy to optimize efficiency. Aspen Creek Digital Corp recently raised $8 million in funding to launch a second Texas-based facility which will have 30 MW of mining capacity co-located at an 87 MW solar plant.

Aspen CEO Alexandra DaCosta noted their “power first” approach. Aspen is underpinning their model with a sophisticated energy infrastructure, unlike many entities of the past who raised capital solely to acquire and accumulate hashrate with little credence given to the efficiency of their underlying energy structure.

For years, Bitcoin mining has been in the crosshairs of mainstream media with countless critics commenting on its country-size energy consumption and heavy reliance on fossil fuels. While these critiques will certainly continue, the reality is that new and innovative energy models are helping grids not only stabilize but also to derive a greater share of their energy mix from sustainable sources.

Events like the research published by the Bitcoin Mining Council and the funds raised by Aspen Creek aptly highlight the direction of the Bitcoin mining industry. Bitcoin mining entities are not only becoming more cognizant of their power mix but are deploying innovative solutions in practice that will allow them to be cost-effective while also providing valuable services to grid operations.