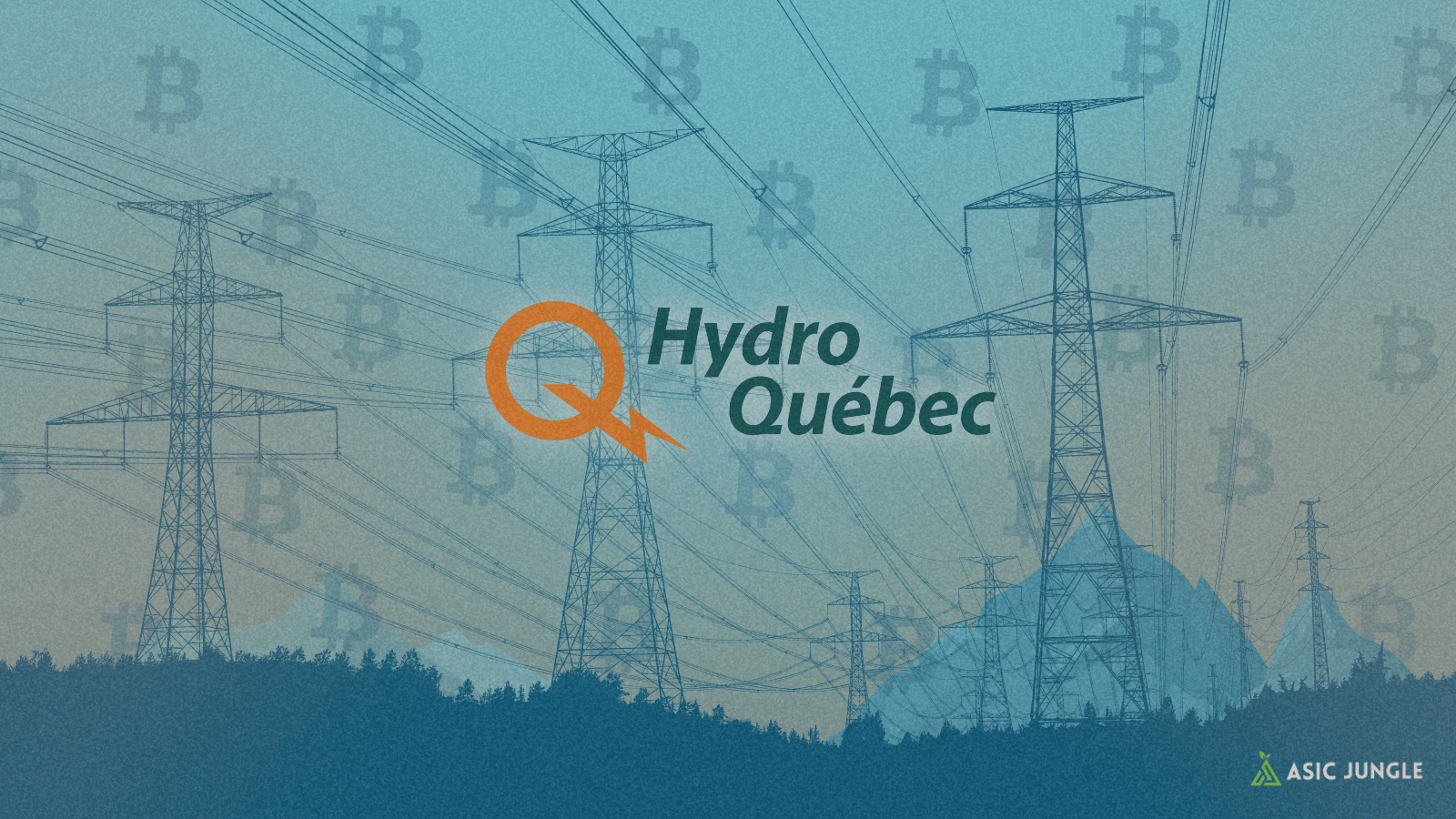 As the second largest country in the world, Canada is home to extensive natural resources. The hydro electric infrastructure for the province of Québec, in particular, provides the country’s most abundant source of renewable energy.

Naturally, Canada’s extensive and relatively untapped energy potential has attracted attention from Bitcoin mining enterprises. Québec has some of the most affordable energy anywhere in North America, which has made it an attractive destination for cryptocurrency mining.

However, after previously allocating 270MW to meet demand from miners in the province, Hydro-Québec is now looking to restrict this amount, citing concerns that the electricity will be needed elsewhere.

Though it remains unclear whether Hydro-Québec will follow through on restricting energy to blockchain-related enterprises, the news has put miners in a precarious situation. Let’s take a deeper look at the situation for Bitcoin miners in Canada, and where the future may be headed.

The state of Bitcoin mining in Canada

Last year, Canada was number four on the list of the nations producing the most Bitcoin, trailing only the United States, China, and Kazakhstan. Mining crackdowns in China have been a factor in driving operations towards Canada, with its relatively cheap and clean electricity.

Québec has Canada’s most affordable energy by far, but restrictions for energy use for Bitcoin mining in Québec have sent most mining operations towards Alberta—Canada’s most crypto-friendly province.

As mentioned, Québec has the most affordable industrial power rates anywhere in North America.

The cost for energy for industrial customers in North America is slightly above 8 cents per kilowatt-hour on average, yet energy in Québec costs less than four cents per kWh.

A few years ago, official messaging from Hydro-Québec reflected that the corporation was worried that energy use in the province was on the decline, which they feared would lead to issues associated with underused infrastructure.

Now, Hydro-Québec is claiming the opposite is true—they predict that demand for electricity will increase by around 14% in the next decade. This is why they are now focused on directing energy towards their highest priorities—domestic use and exporting energy to the United States.

Already, Québec has agreed to sell some of its excess electricity to help power New York City and the state of Massachusetts. Hydro-Québec also has plans in motion to build lines that run through Maine, providing power to New England, brining in billions of revenue for the province in the coming decades.

According to a spokesperson for Hydro-Québec, Cendrix Bouchard, it is not Hydro-Québec’s priority to facilitate the growth of Bitcoin mining in the province. The priority, Bouchard claims, is to make sure the province’s energy needs as a whole aren’t strained.

Québec’s reversal following Bitcoin mining enthusiasm in the past

Back in 2018, the previous CEO of Hydro-Québec claimed that an investment in blockchain-based businesses could be key to boosting the province’s energy consumption, keeping it robust. In 2021, Canada was reported as having around 6% of the global hash rate —a number Quebec legislators seemed inclined to improve.

Canada boasts extensive infrastructure for hydroelectric power, some of which is standing to be revitalized and used to facilitate Bitcoin mining, bolstering local economies in the process.

The perceived pullback from government corporations like Hydro-Québec may be tied to fears that are not directly linked to mining activity—such as Bitcoin’s price taking a hit in 2022, and mismanagement at large centralized crypto exchanges.

According to Ben Gagnon —the Chief Mining Officer for Bitfarms—an important aspect of Bitcoin remaining decentralized is that mining activity is not confined almost exclusively to a few countries.

Gagnon says the world’s Bitcoin miners are eyeing Canada and the United States as the future of their mining strategies, largely owing to the extensive hydropower infrastructure the countries possess.

Regarding perceived changes to Hydro-Québec’s allocation of energy to crypto mining in the province, Gagnon said the following:

“In light of Hydro-Québec’s Ten Year Supply Plan which included a suspension of 270MW of electricity previously allocated for crypto mining, Bitfarms (NASDAQ/TSX: BITF), a publicly traded, self-mining, vertically integrated Bitcoin mining company, was recently advised its power agreements with Hydro-Québec remain in place and that its current and future bitcoin production will continue for the foreseeable future without disruption.

Bitfarms also acknowledges that at the issuance of the Ten Year Supply Plan, Hydro-Québec expressed a supportive narrative which highlights the vibrancy of Québec’s energy grid, and measures it is taking to successfully meet any future increases in demand on the grid, which does not exclude bitcoin miners specifically.

To date, Bitfarms has invested over $350 million (CAD) in Québec since its inception and currently employs over 100 employees in the province. Bitfarms still plans to expand its operations and add more jobs in Québec. Bitfarms continues to stand behind the use of hydropower, which generates electricity at all times, regardless of whether or not there is demand for it.

All of Bitfarms’ Québec farms participate in a curtailment program where we use excess energy throughout the year and curtail operations and redirect electricity back to the grid during “peak hours” for local energy consumption. This typically occurs in the coldest winter mornings and evenings when this power—which is not needed the rest of the year—is needed for heating and other applications.”

Follow the future of Bitcoin mining in Canada with Asic Magazine

“With the uncertainty we see on the crypto markets now it is possible that Hydro Quebec will adopt a more cautious approach towards electricity allocation to miners. Currently, Hydro-Quebec holds a monopoly on power and by the way that it looks, they are judging that the opportunity cost of not allocating the power to miners is lesser than having potentially unstable clients on their grid. Hopefully, this decision gets overturned as I believe that the unrealized potential that mining can bring to the Province is a net benefit to its population both in terms of jobs, taxes and innovation.”

Whether or not Québec and other Canadian provinces get on board, there is no doubt that Bitcoin mining is a fast growing industry, having reached a value of more than $4 billion and continuing to grow.

Even amidst price pullbacks and legislative challenges, the Bitcoin mining industry has seen tenfold growth over the past year. If government enterprises like Hydro-Québec elect to prohibit energy access to miners, mining operations will simply gravitate towards more forward-thinking locations instead. These operations will bring with them the myriad benefits associated with the presence of companies in thriving industries, including good jobs.

Convenient access to affordable energy is one key aspect of a successful mining operation, and so is access to the best latest Bitcoin mining hardware at the most affordable prices.

ASIC Jungle puts economies of scale to use to provide customers with unbeatable prices on mining hardware. Get in touch with ASIC Jungle to learn more about how we can fulfill your mining needs.