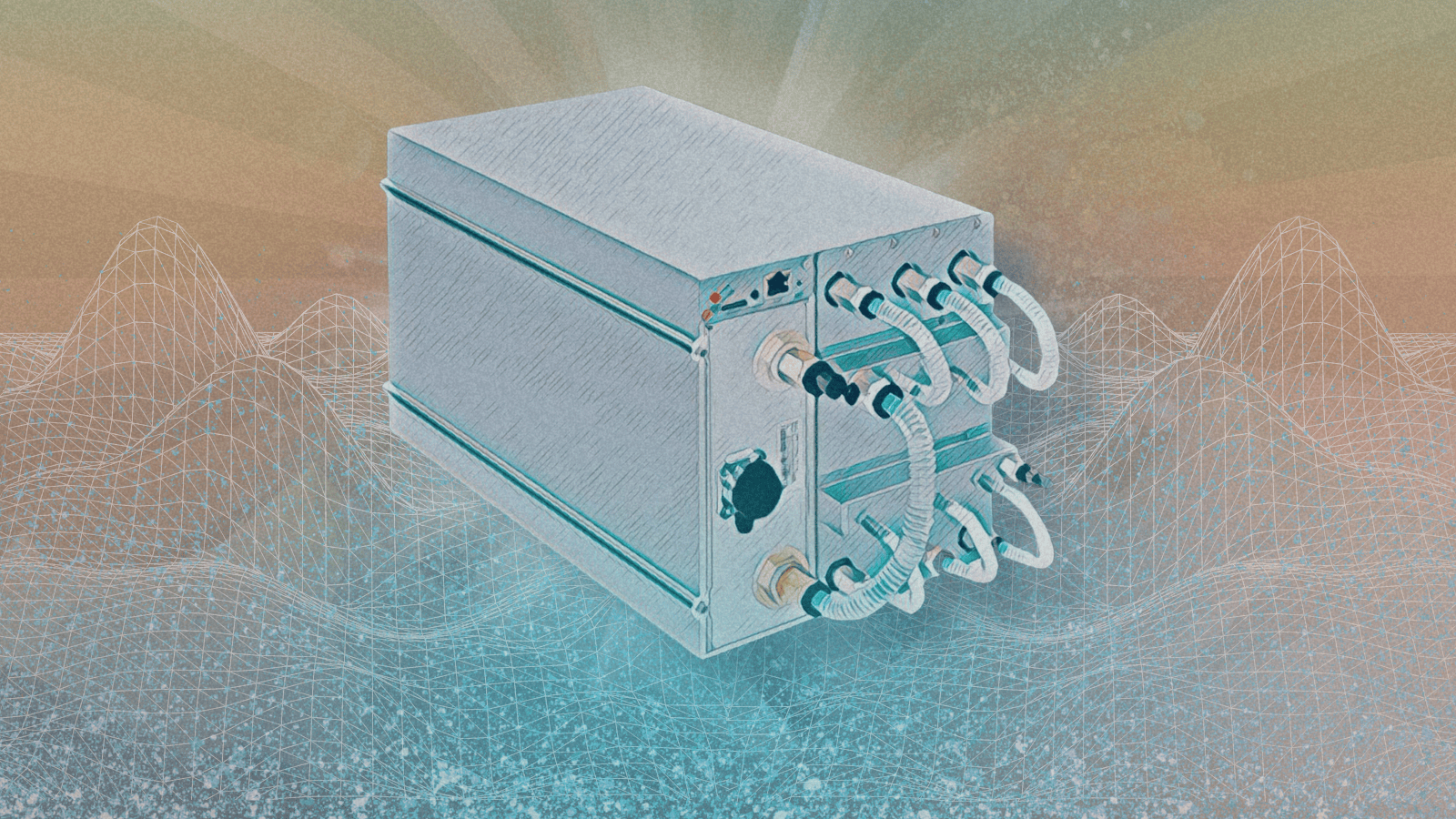 Liquid-cooled hardware has quickly emerged as the newest iteration of Bitcoin mining infrastructure technology in what is a sure sign of where this ever-evolving industry is heading. Hot on the heels of Asic Jungle's attendance at the 2022 Bitmain World Digital Mining Summit (WDMS) in Cancun, Mexico, this investigation will delve into Bitmain’s latest Antminer S19 XP Hydro miner and the mining container cooling systems constituting the present and future realities of Bitcoin’s hydro-mining infrastructure.

Driven by a fundamentally simple (and what some call beautiful) economic structure designed to make Bitcoin mining highly competitive, the industry is thus forced into a consistently steep rate of innovation. Looking at the S19 XP Hydro, we observe a leading-edge ASIC that is functionally sleek in appearance, delivering a more cost-effective miner than previous air-cooled models.

Bitmain and other ASIC manufacturers have gone a step further to design shipping containers that house cooling systems, as well as the liquid-cooled miners themselves, that pump and cool the liquid used to increase mining efficiency. Let’s have a look at the latest industry insights, why liquid cooling miners came about, and the possibilities unlocked by hydro-mining infrastructure.

The need for liquid-cooled ASIC miners is as natural as the evolution from air to liquid-cooling for internal combustion engines. After all, both are machines with analog components that need to deal with the consequences of excess heat, vibration, and the accumulation of foreign debris.

As was the focus at this year’s WDMS, industry leaders have anticipated the long-term benefits of mining with hardware that makes the most of electricity while prolonging the service life of each machine, thus reducing what is known as the death rate of miners and increasing overall efficiency. The introduction of liquid-cooling methods has been the key for the current stage of ASIC evolution.

The limitations of air-cooled ASICs

Classical air-cooled miners face diminishing returns despite facilities with complex ventilation and air filtration systems, and advancements in miner chip design. The reason being that heat, vibration, and foreign debris are ever present variables that degrade the functional life of a machine and can only be reduced so much using conventional methods.

Air cooling requires the use of fans, which introduce vibration and noise, and airflow that allows for particulates in the air that interfere with both electrical and physical operations. Indeed, such particles that fall through computer keyboards are commonly known to decrease computer lifespan.

Hence the sleek design of the S19 XP Hydro and other liquid-cooling miners. Without the need for fans and airflow, hydro-miners dissipate heat, completely seal away foreign debris, and even dramatically reduce noise generation.

So how much improvement are we really getting from the Antminer S19 XP Hydro? Let’s have a look at its specifications in comparison with its air-cooled equivalent.

As you can see, while power efficiency is not dramatically improved, processing performance is. This translates into a smaller footprint for your mining operation, requiring fewer miners for the same output.

It is important to reiterate that liquid-cooling methods also reduce the death rate of miners, which means a higher total output for each unit. Keep in mind that more efficient miners also means overclocking with less detrimental effect.

Overclocking is a practice whereby the performance of miners is increased with power consumption exceeding typically specified levels. Overclocking can increase the efficiency of your miners, if applied correctly.

Is the S19 XP Hydro available to order?

Yes, the S19 XP Hydro can be procured for shipping starting as soon as January, 2023. However, there is a catch. As of writing, units need to be ordered in bulk given the liquid pumping and cooling systems required to operate these miners. A typical package includes a 20ft shipping container that houses power, pumping, cooling, and reservoir systems along with the miners themselves.

The use of shipping containers for Bitcoin mining is nothing new. They offer a convenient, modifiable frame that is easily transported while shielding mining hardware from the elements. Manufacturers have already started customizing shipping containers to cater toward hydro-mining infrastructure.

Take Bitmain’s Antspace HK3, for example. This is a 20ft shipping container that contains everything needed to run liquid-cooled ASIC miners like the S19 XP Hydro, including power management resources, liquid pumps and coolers, and more. One Antspace HK3 has the ability to store and operate up to 210 miner units drawing about 1MW of power.

Another current practice in liquid-cooled mining has been the added step of immersing ASIC miners entirely. The setup required for this type of system is somewhat different but is driven by the same principles to dissipate heat and noise, and eradicate the risk of foreign debris to maximize mining efficiency.

The disadvantages of liquid cooling

Whether you are using internally liquid-cooled units like the S19 XP Hydro or implementing liquid immersion systems, there are unique factors to consider before investing in this equipment.

First of all, this is a more capital intensive route to take. While classical air-cooled ASICs are plug and play machines that require little more than an electrical connection, liquid-cooled units require an additional supporting system for the cooling process. This implies accounting for the additional cost of the cooling system and specialized servicing requirements, which require trained personnel.

Second, if the flow rate of the cooling system is incorrect, then the potential efficiency gains of these units are lost. Liquid has a higher heat transfer capacity than air, hence the utility of liquid-cooling, but a flow rate that is either too fast or too slow limits the heat exchange process, both of which can cause your miners to overheat.

Finally, take special consideration of the liquid used for liquid-cooled mining. The use of coolants, such as dielectric fluids, can further optimize the efficiency of your miners. Water is also commonly used, but needs to be tested to ensure your reservoir doesn’t contain minerals that will quickly clog and corrode your system.

As we continue to watch the game theory play out behind the vision laid out in the Bitcoin whitepaper, we are bound to see ongoing intriguing new technologies as miners compete for hashing power. Even while the price of BTC hovers near its multi-year low of USD $21K today, miners continue to innovate.

Follow Asic Magazine for all the latest developments in Bitcoin mining news and technology. Our team at Asic Jungle keeps its finger on the pulse of the industry, delivering you timely information and hardware procurement at the best prices.