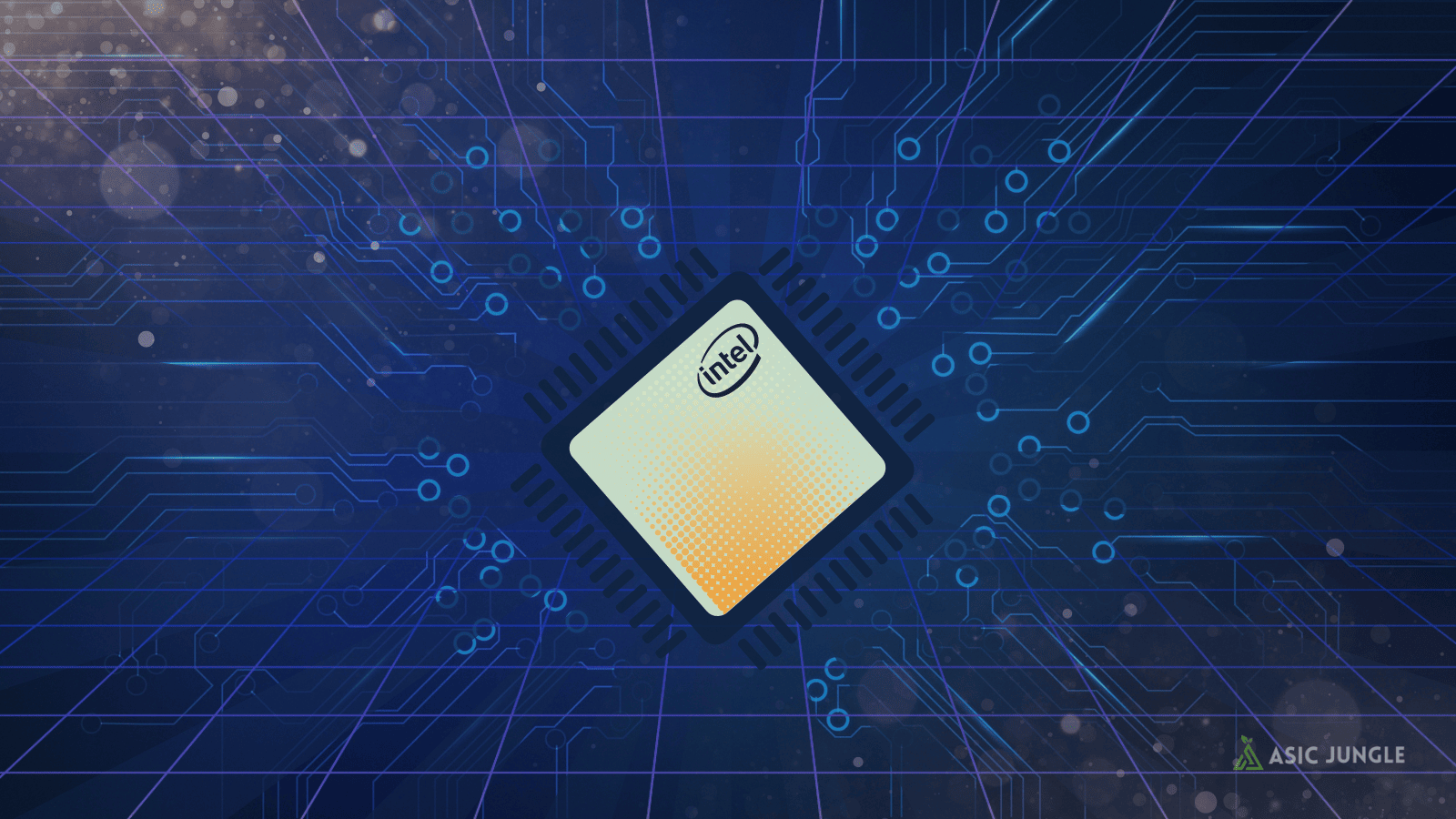 Coming into the market as specialized mining hardware, the ASIC miner has driven the Bitcoin mining market towards tremendous growth and progress. The likes of Intel have now started creating mining-specific products, such as its latest Intel AXG Blockscale ASIC mining chip.

Dispatched earlier than its projected launch date, the AXG chip has garnered quite some attention, but how well does it fare compared to other ASIC devices? Furthermore, what are the implications of a technology giant getting involved in the mining space?

A closer look into Intel’s new ASIC chip will allow us to better grasp the current landscape of the Bitcoin mining space, the technologies driving its innovations, and the role of ASIC Jungle in the ecosystem.

What is the Intel AXG Blockscale ASIC?

The Intel AXG Blockscale ASIC chip is a hardware accelerator specifically built for proof-of-work (PoW) consensus applications, notably Bitcoin’s SHA-256 algorithm. As the name implies, the ASIC (Application Specific Integrated Circuit) is a chip optimized to perform a single task. In this case, that single task is mining Bitcoin.

Rather than a mining rig you may be used to seeing, the AXG Blockscale miner is a chip that is used to create such mining systems. Up to 256 of the chips can be combined into a chain to create a strong mining system. 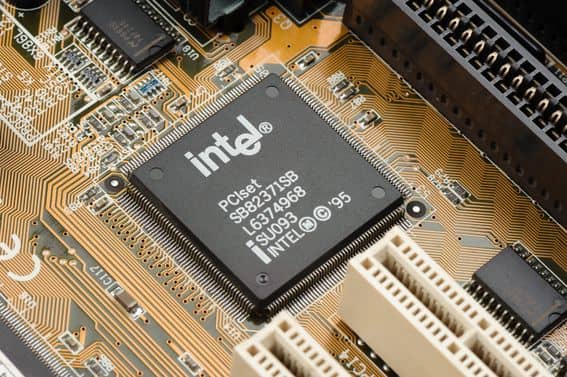 Here is a look at the chip’s specifications, as per Intel:

A full 256-chip chain system would therefore create a mining device with the following capabilities:

The AXG miner has already been purchased by mining powerhouses such as Argo Blockchain, BLOCK (formerly known as Square), GRIID Infrastructure, and HIVE all inking multi-million-dollar deals for Intel's Blockscale solutions. Intel has gathered the right type of crowd to propel its new product into the mining market.

How does it compare to other ASIC miners?

The mining industry is a very competitive field so it is inevitable that Intel’s hardware will be compared to already established giants in the space. Similar in performance, here is a side-by-side comparison with the Antminer S19 XP Bitcoin miner:

In order to fully understand this comparison, let’s run through what each metric means.

This is how many hashes a miner can process per second. While submitting hashes by trial and error to find the network’s “secret hash”, the more hashes a miner can execute in a given timeframe, the higher the chances of earning Bitcoin rewards as a result of finding the secret hash.

This one is self-explanatory. The PoW consensus mechanism has previously attracted criticism regarding the sustainability of its energy usage. Bringing energy consumption down is both profitable and encouraged in the industry.

This is a coefficient taking into consideration the energy consumption over its processing performance. The lower the J/TH, the more efficient the miner.

As we can see from this side-by-side comparison, the Intel AXG Blockscale miner offers comparable performance to industry leaders but is not a revolutionizing device in terms of processing power and energy consumption. However, the implications of Intel’s chip has far more impact than just its bare specs. 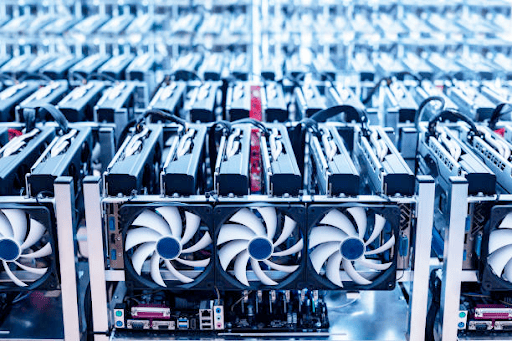 Institutional adoption has been a promising factor in the long-lasting future of cryptocurrencies. Once the big companies start investing heavily in blockchain assets and technologies, the ecosystem can become too big to fail. Intel’s involvement could mean just that.

With Intel being one of the first Big Tech companies to release a hardware device specifically geared towards mining, the Bitcoin mining ecosystem has significant support to grow even bigger.

We can only imagine which other hardware producer will flock into the space next, breeding innovation and encouraging competition to further develop the space. When big players dip their toes into the water, others are typically incentivized to do the same to compete for market share.

Where is the Bitcoin mining space headed?

When in doubt, zoom out

It is difficult to say with 100% certainty where any given market is headed. However, the numbers don’t lie. An article by Finbold highlights the ever-growing mining industry with a new all-time high of 24 million TH/S on October 2nd, increasing steadily regardless of the present economic landscape.

With Intel launching its AXG Blockscale miner, it is undeniable that institutions see value in Bitcoin mining. Filtering the noise from different media outlets, common Bitcoin wisdom seems to remain appropriate, “when in doubt, zoom out”. 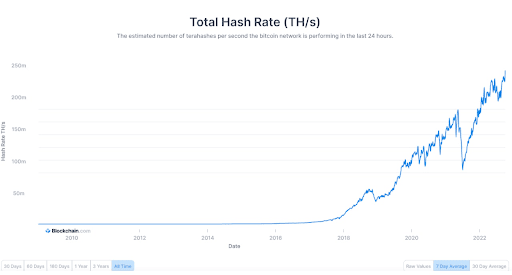 Bitcoin mining hash rate based on the 7-day average as per Blockchain.com

Outside the enthusiasm of growing computational power in the Bitcoin network, the ecosystem has its own problems. For instance, sustainability concerns and the ever-increasing algorithm difficulty can incite doubt about energy consumption.

Problems, however, are opportunities for innovation. Mining producers such as Bitmain, MicroBT, and now Intel, will keep producing better mining devices while improving their power efficiency. Using renewable energy sources while improving the efficiency of energy consumption is a very plausible outcome for the industry that will do good for the ecosystem all around.

Democratizing Bitcoin mining is an important part of ASIC Jungle’s ethos. While having the ability to carry out both individual and large OTC orders for B2C and B2B clients, ASIC Jungle also creates a much-needed marketplace for aspiring existing miners.

With an ever-growing mining landscape, reliable access to the latest mining hardware is necessary to maintain attractive returns. ASIC Jungle empowers miners to stay on top of their game while providing great concierge and repair services when upkeep is required.