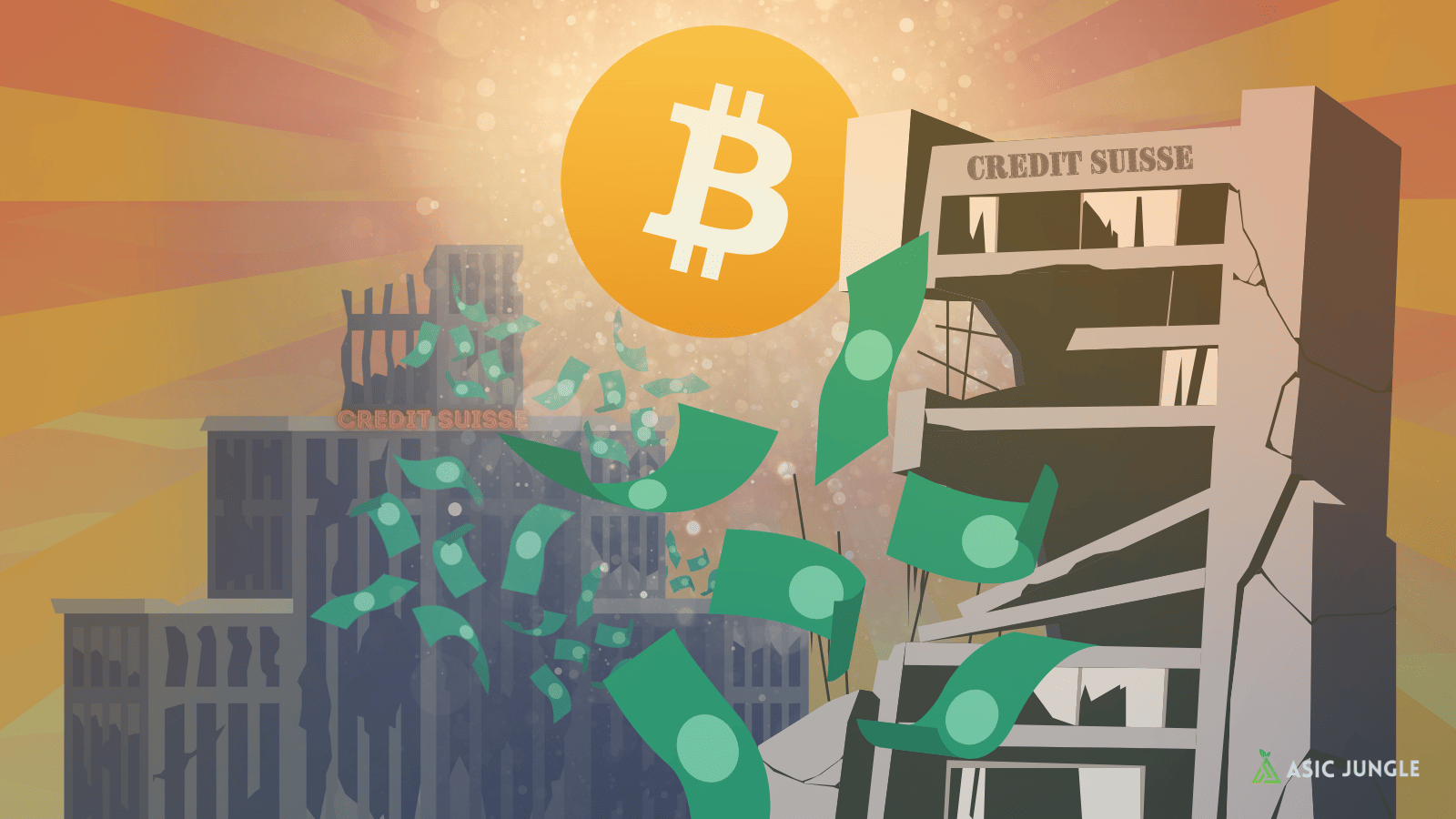 Why Bitcoin is Truly Unique in a Constantly Evolving Cryptocurrency Market

Bitcoin is the long-reigning King of the cryptocurrency market and industry. It is not only the original decentralized network that hosted a native digital currency, but it has maintained its preeminence with no other cryptocurrency even coming close to surpassing it.

Contenders have experimented with various underlying algorithms, highly accomplished founding teams, and innovations in the field of distributed database management in attempts to draw closer to surpassing Bitcoin. Ranking chief among these is a transition to a highly-critiqued proof-of-stake algorithm led by the leading decentralized computing network Ethereum.

In this ASIC Jungle analysis, we consider what differentiates Bitcoin from contending cryptocurrency networks and how this differentiation has uniquely positioned it in the global macroeconomic landscape. We will explore how Bitcoin has attributes that cannot be replicated which is corroborative to its long-term dominance. 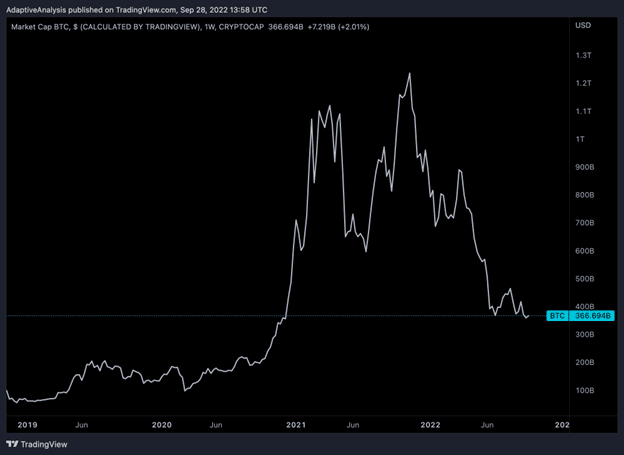 As it stands, the Bitcoin network stands at a value of $366 billion, roughly the size of a blue-chip stock. At its peak, the value of the network was roughly $1.3 trillion and its share of the market has ebbed and flowed with investor appetite for riskier altcoins. Bitcoin’s current share of the cryptocurrency market stands at roughly 38%.

Many have foreseen threats that would knock Bitcoin off its pedestal and see it replaced with a more “scalable” or “decentralized” alternative. The recent Ethereum Merge was likely the most widely anticipated catalyst for such an event.

The reality was vastly different. Since the transition to proof-of-stake consensus, the relative value of Ethereum has dropped from roughly 0.081 BTC to under 0.069 BTC. 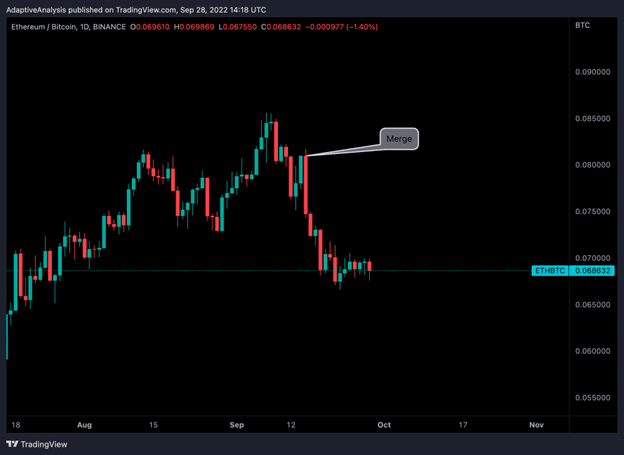 What many of these projects fail to realize is that Bitcoin’s value does not lie in its scalability or constantly upgraded algorithm. Bitcoin’s innovation is underpinned by a simple but effective proof-of-work algorithm and an origin which cannot be replicated by any other project.

The Bitcoin whitepaper detailed a proof-of-work process that amalgamated aspects of different digital currency projects which ultimately led to the emergence of a vast mining ecosystem that remains detached from non-mining full node operators. Billions of dollars of capital flows into the Bitcoin ecosystem on an ongoing basis as mining entities compete to validate and add transactions to the Bitcoin blockchain. Other networks have sought for a less carbon-intensive and more scalable process to validating and adding blocks but alternative approaches remain an experiment at large and make significant tradeoffs to security.

One element of the Bitcoin ecosystem which cannot be replicated is the origin of the network whereby Satoshi Nakamoto shared the idea of the project with a relatively small mailing list with the idea spawning and evolving from there. Satoshi Nakamoto would forever leave the project years later leaving its future advancement entirely in the hands of the community, standing in stark contrast to alternative cryptocurrency projects whose development direction is highly influenced by founders and early-stage investors.

The Upsides of True Decentralization

These attributes uniquely position Bitcoin in the global macroeconomic landscape. It remains a truly decentralized asset with a network of miners and full nodes distributed globally ensuring its secure and seamless operation.

This has largely benefitted the asset, positioning it as the recipient of the largest amount of capital inflow from both institutions and retail investors in the crypto market. It also has the most significant financial infrastructure serving investors worldwide with exchanges, ETFs, and various financial instruments allowing almost anyone to secure an allocation in Bitcoin.